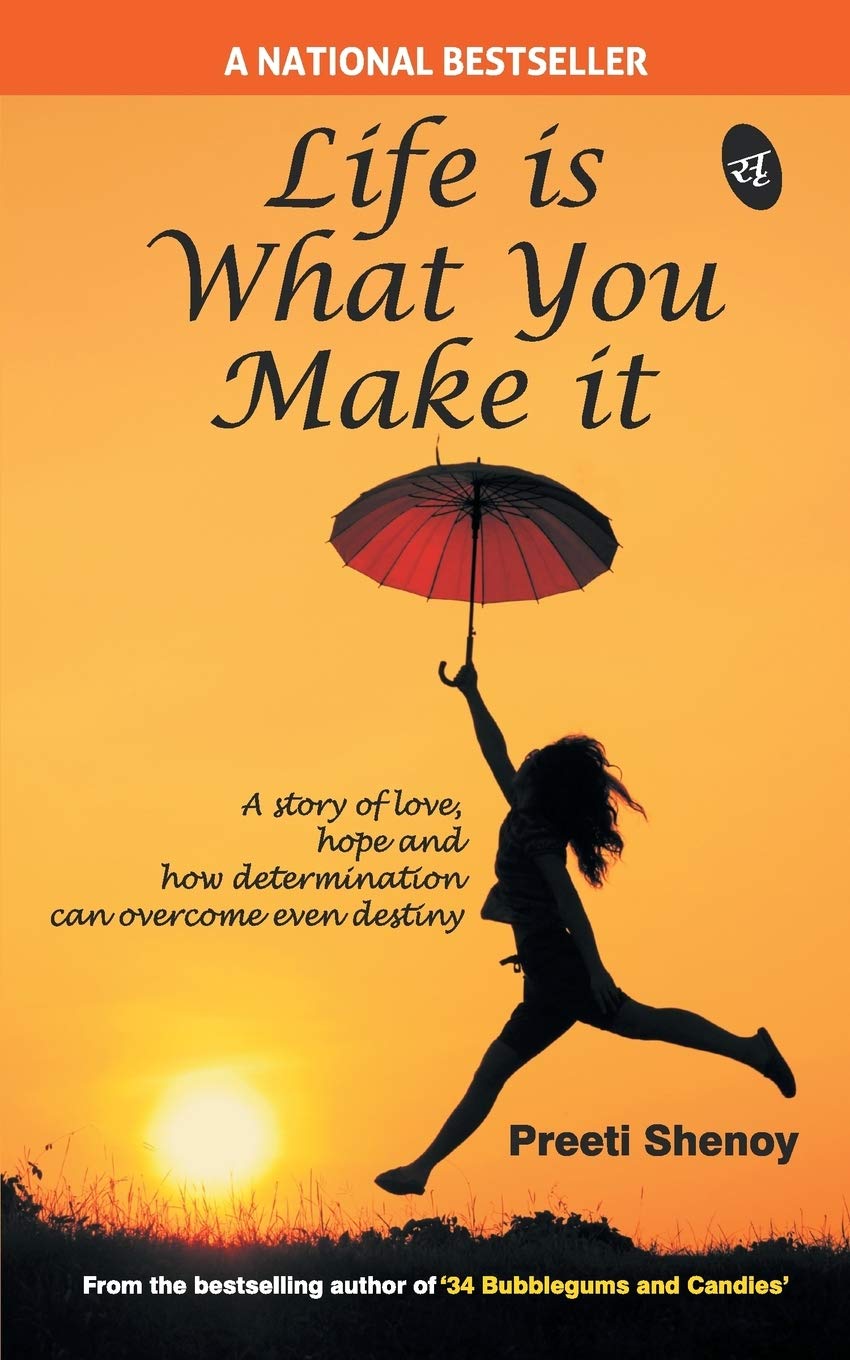 The second book by Preeti Shenoy, Life Is What You Make It, was published on January 1, 2011 and it turned out to be a national bestseller. The book has also featured in the “Top Books of 2011, ” a Nielsen list, which is released by the Hindustan Times. The book was also selected as one of the all-time bestsellers of 2011 by the Times of India.

Life Is What You Make It is based on a love story that has been set in India in the 90s. It has been described by the readers as a book portraying how love, hope and determination can together win over even the destiny. It is a gripping tale of few significant years of the protagonist’s life.

The novel revolves around a woman in her 20s, Ankita, who has a past haunting her like a nightmare. As she grows up from adolescence to a woman in her mid-20s, she wades through different situations, engages in affairs with a couple of guys and is set-back by her parents’ refusal to accept her situation. As a result of non-stop upheavals in her life, Ankita develops bipolar disorder at one point in time.

The story revolves around Ankita’s struggles, determination, her decisions and her faith in self. The book beautifully describes how she gets acquainted with her bipolar disorder, how she decides to help her own self and how she battles these situations all by herself. The title of the book in a way describes the central theme of the book but the manner in which Preeti drove home the point through an interesting story, is delightful.

Preeti Shenoy has written seven books already and Life Is What You Make It is counted among one of her best works so far.