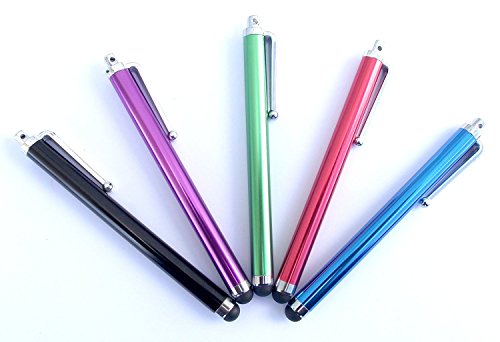 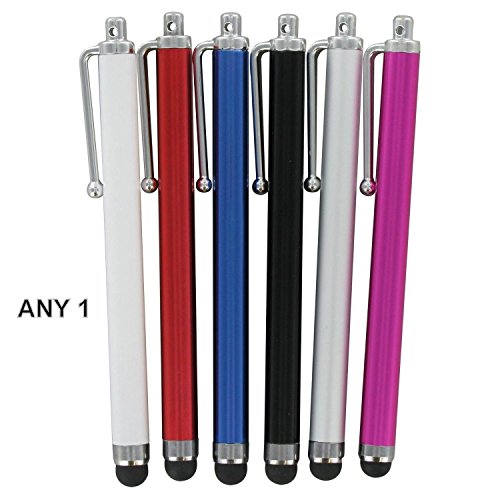 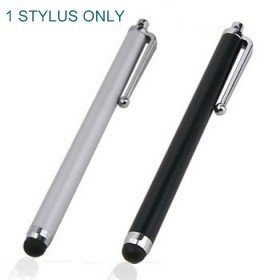 SDO presents the Stylus Capacitive Touch Screen Pen-Style Stylus for Apple iPad/iPhone, Samsung Smartphones/Tablets and all Touch Screen Gadgets. The SDO Stylus makes it easy to take notes, draw or simply turn a page on your Apple iPad / Tablets or Smartphones with capacitive touch screen.
The stylus features a durable soft rubber tip that won’t scratch the screen of your device and allows the user to type accurately and comfortably.
Not all people are comfortable using their fingers, especially people with long nails, to operate their touch screen gadgets, so a touch screen stylus pen makes the whole thing easier.
Note: Random Colour will be shipped, Package includes 1 Stylus Pen.

Even children camn easily use this pen with their game consoles including the Nintendo 3DS and the Nintendo DS. Devices that are highly dependent on multi-touch inputs also make use of the capacitive stylus pen more than the ordinary pens.
Pen Sized, Compact, Lightweight and Portable, Clip lets you easily put it in your pocket
Built in soft head for protecting your screen and increase the sensitivity
Note: This stylus works only with a Capacitive Touch Screen Device which is normally found in all modern tablets and smartphones