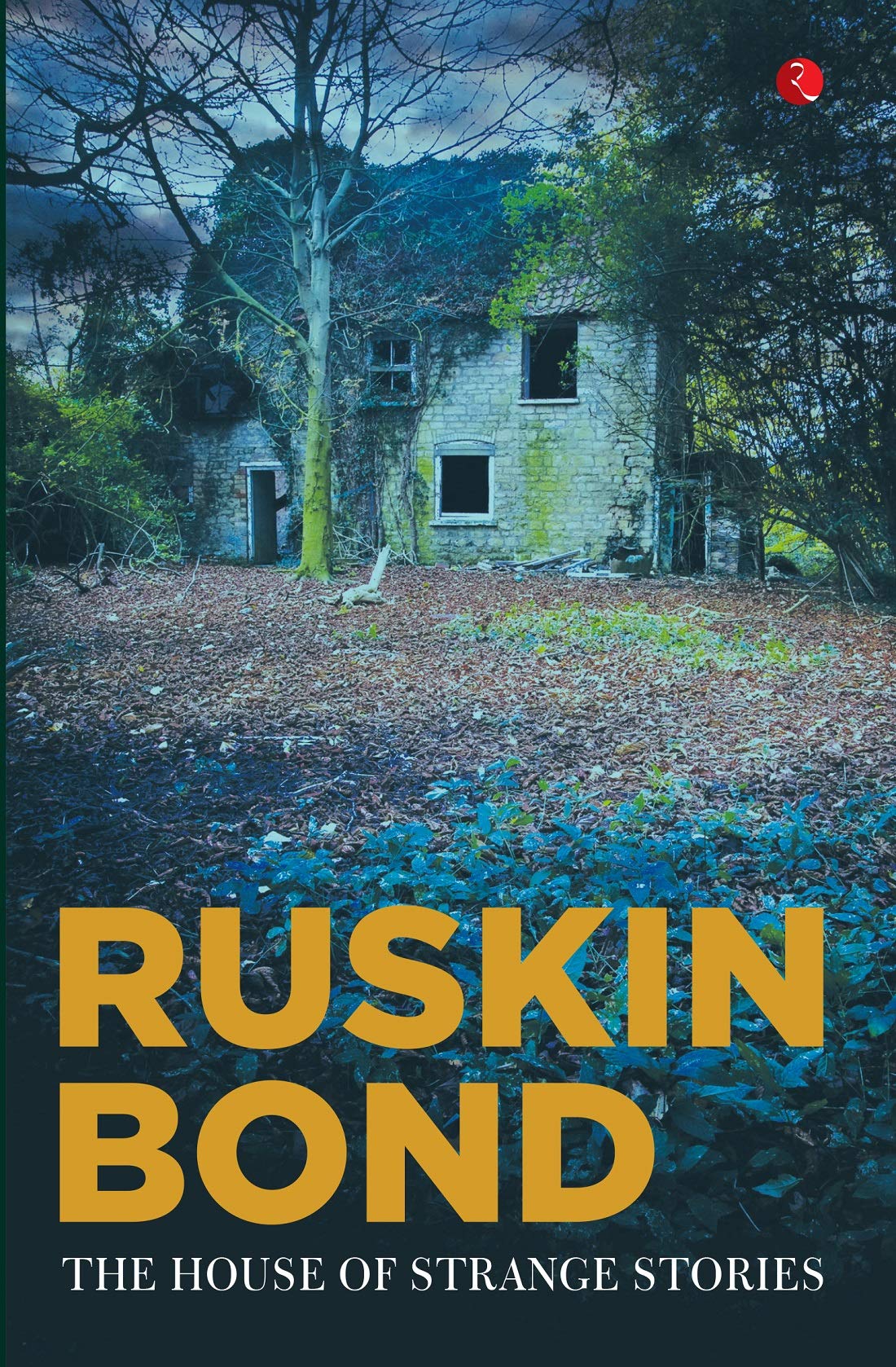 ‘The morgue had no electricity, just a kerosene lamp. I had not been sitting there for long when the lamp went out and something moved very softly and quietly past me. Something cold and icy touched one of my hands and felt its way up towards my neck and throat. It was behind me, then it was before me. Then it was over me. I was in the arms of the corpse!’
With the House of Strange Stories, celebrated writer Ruskin Bond brings forth a collection of some of the most blood-curdling tales ever written. Featuring Stacy Marie Belloc Lowndes’ ‘The Lodger’, Arthur Conan Doyle’s ‘The Red-Headed League’, Wilkie Collins’ ‘The Duel’, Bram Stoker’s ‘The Sqaw’, Edgar Allan Poe’s ‘The Cask of Amontillado’ and several of Bond’s own, these tales of macabre, suspense, vampires and haunted houses will leave even horror fans terrified.

Strange does not always necessarily mean horror. Claustrophobic settings and threatening situations can make for just as grisly tales that do not disappoint horror addicts. I think that it is the difference between the real and the imaginary which makes for strange territory.

A group of friends sitting together at night and sharing their eerie, unnatural experiences, as in Andrew Lang’s ‘The House of Strange Stories’ can be quite a sinister experience. Two French brothers planning a murder within the family that ends up going horribly wrong, as in Stacy Aumonier’s ‘The Perfect Murder’, can make any reader go edgy. A reclusive lodger’s arrival coinciding with serial murders taking place in the city of London, in Marie Belloc Lowdes’ ‘The Lodger’ is as disturbing as it gets. No wonder Alfred Hitchcock’s very first suspense film was based on this story. It has in fact been filmed several times. When Sherlock Holmes gets involved in a mystery, rest assured you know you are in for an unbeatable treat, as you will find out in ‘The Red-Headed League’.

Accompanying these tales are a few of my own—where I talk about Chakrata’s infamous cat feared for its vampire-like qualities, a ghost that took refuge in my grandfather’s house; a giant succubus that would rise from a pond near Rajpur and would envelope any human around; the ghost of the long-dead Julie who borrowed my overcoat one winter evening; and many more in my macabre vein!

I would suggest you pick a full moon night, when the moonlight streams in through your window…switch on dim lights and get ready to read these strange, very strange stories.